Skip to content
Powered by DaysPedia.com
Current Time in Escondido
084522am
Wed, December 23

Days Until The 2023 Green Transpo Expo 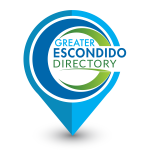 Serving the Greater Escondido Region for over 125 years.

The Greater Escondido Chamber of Commerce, which started in the 1860’s as the Escondido Board of Trade, was founded in 1895 and officially incorporated on April 14th, 1919. The groundbreaking ceremonies for the new building at Grand and Maple ushered in a full day of excitement for Escondido. History states that D.M. Eddy used a “golden” spade to turn the first sod. Airplanes flew over the city. A public barbeque fed several thousand people in Grape Day Park as they enjoyed a band concert and other festivities. The Escondido Chamber of Commerce closed fiscal year 1919-20 with a membership of over 700, an achievement to which the Chamber said “Points with pride.”

While the area had been farmed for many years, the Escondido Land & Town Company was Escondido’s earliest commercial enterprise, a group of developers looking toward a future of other businesses, homes, schools, churches, and ranches in this Hidden Valley. They developed a clever marketing plan and it worked; a lumber company and brickyard were soon started to handle the building surge. Blacksmiths and wheelwrights like Thomas Bandy and Alexander Stewart set up businesses to repair wagons and forge hardware and tools.

The hospitality industry began with the 100-room Escondido Hotel, built to accommodate the many early visitors. Later, as horse drawn wagons were replaced by automobiles, surfaced streets began to crisscross the County and by the 1940s, motor courts and motels became economical “homes away from home” for families seeing the country.

Agriculture, started on early ranchos, continued to grow along with the city. Census reports from the early 20th century reflect an influx of farmers, especially from the East, Midwest, and Europe. Families like the Hillebrechts and the Henrys ran large farms on the outskirts of town, still operating today. Grapes were Escondido’s largest crop in the early days, later to be replaced by citrus fruit and avocados, but the fertile soil and mild weather meant that nearly everything could grow here. Edward Paul Grangetto, Sr., first arrived in Escondido in 1913 and, in 1952, he started Grangetto’s Farm and Garden Supply, which now has four locations in North San Diego County, still run by the Grangetto family.

Before the prohibition era, there were at least a dozen wineries in Escondido, but only the Ferrara Winery survived beyond that time and it continued to operate until 2011. The historic site was taken over about six years later by new owners joining multiple new wineries in and around Escondido. Also becoming popular are local craft breweries, the most successful and now thriving internationally, Stone Brewing Company.

In time, other businesses needed by the growing township lined Grand Avenue in the new Downtown. Pharmacies, general stores, restaurants, and markets featuring locally grown produce brought commerce to Escondido. Services, like those provided by barbers and photographers, came to the downtown area, as well.

As the town spread outward, strip malls became common as in other cities around the country. The Escondido Village Mall, the Auto Park, and North County Fair brought numerous businesses into single shopping sites to make it easier for shoppers to spend their money.

Diverse companies have made Escondido their home over the years since it was founded. Dr. Bronner’s Magic Soaps was founded by Emanuel Bronner following his escape from a mental institution in 1945, and it became a company respected world-wide; the headquarters/ manufacturing plant operated here on West Mission from the 1960s until 2014 when it moved to Vista. The Ken Blanchard Company, Escondido Disposal, and Alhiser-Comer Mortuary have all served the community for many years while relatively newer ventures like Trapeze High, a unique school for teaching the art, have become well established, too. 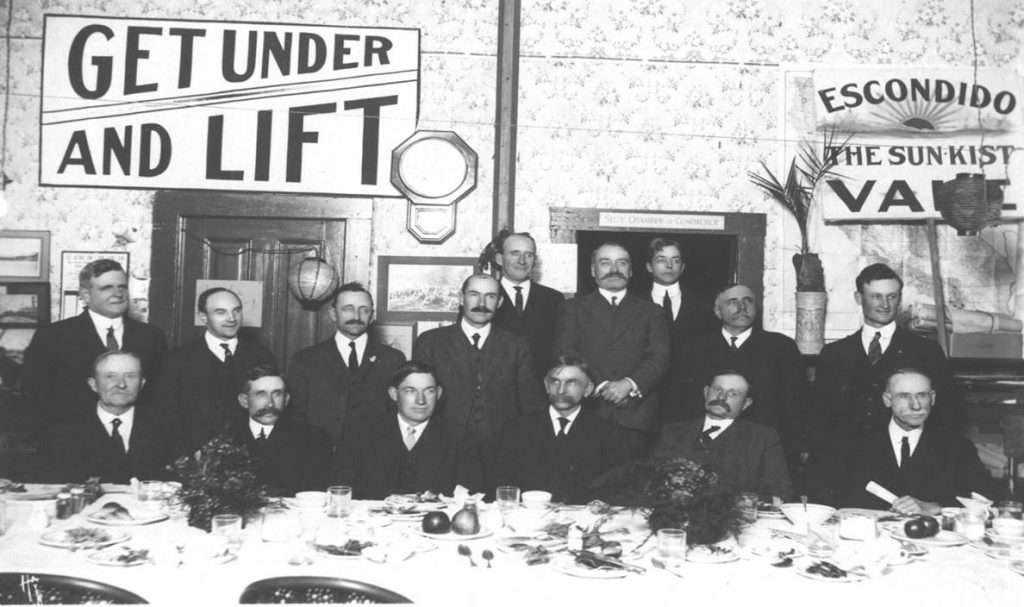 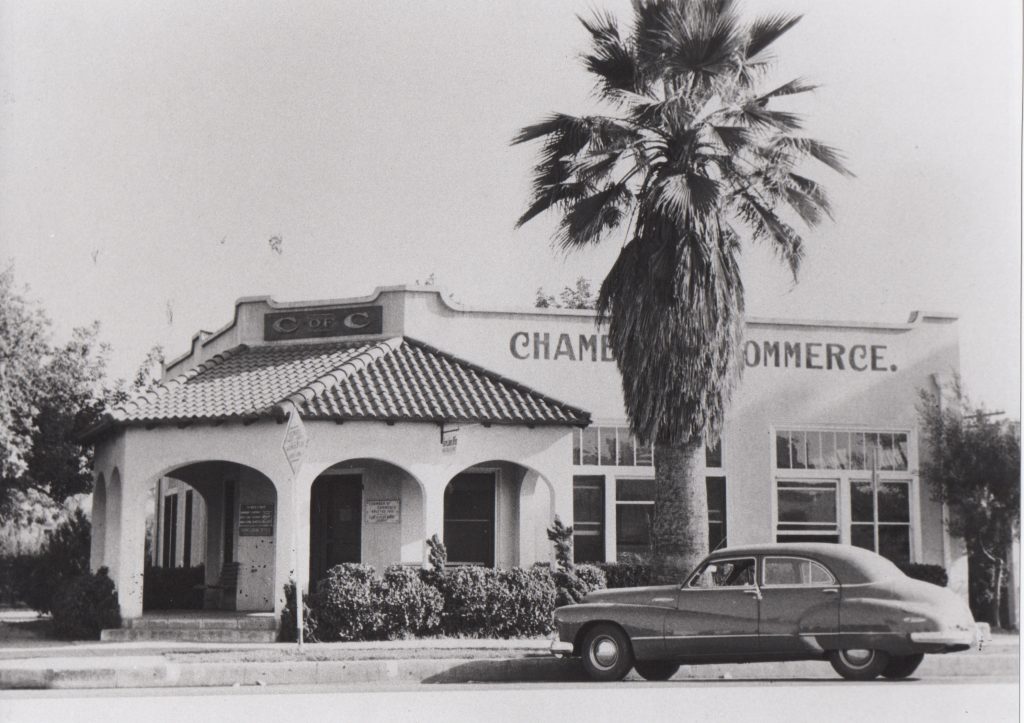 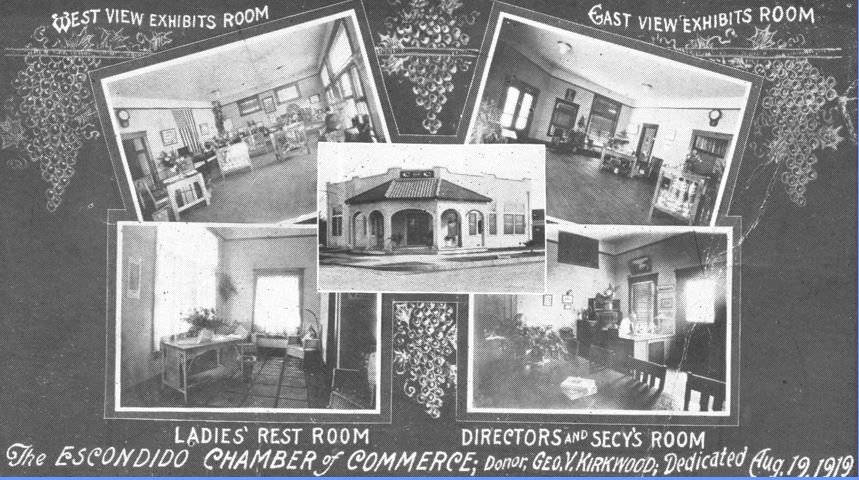